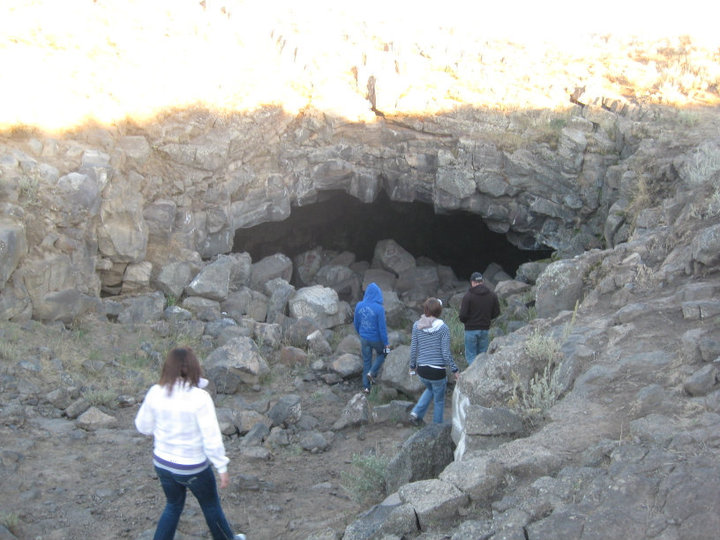 Description:
The Civil Defense Caves are large lava tubes. It’s chilly inside the caves, even in the middle of summer. You’ll at least want a sweatshirt. From the entrance, the cave heads in two different directions. The cave is pretty large, and is relatively easy to travel through.

If you have a 4×4 Vehicle, I would recommend you take that on the trail. However, a regular car shouldn’t have too many problems traveling if you drive slow and take caution.

Directions:
From Rexburg, go North on the Salem Highway about 16.5 miles from the north Rexburg interchange. On the right side of the road there will be a yellow pile of rocks indicating the turn off. Turn right there. It’s about five miles to the caves from the turn off. On the dirt road, you will come to a fork in the road. Make sure you stay left.

At one point, there were cement markers that looked somewhat like headstones which marked the way. One was right off the main road, and the other was at the fork, indicating to go left.